Woman, 20, charged after posting threats against Black residents in Tuscaloosa 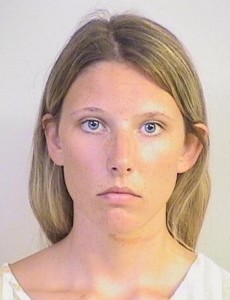 A 20-year-old woman from McCalla is facing a disorderly conduct charge after making a post on social media Wednesday suggesting she would commit violence against Black residents in Tuscaloosa.

The Tuscaloosa Police Department said this evening that they were made aware of a video Sydney Angela Holder posted to social media by members of the public and Shelton State Community College administrators this afternoon. Holder was interviewed at TPD headquarters and charged at 6:20 p.m.

She’s being transported to the Tuscaloosa County Jail with a bond set at $500.

Meanwhile, the NAACP made the following statement:

“The Tuscaloosa County Branch of the NAACP was notified late today of a video posted by a nursing student at Shelton State Community College depicting the student with a firearm, making a domestic terrorist statement. In the video, the student can be heard saying that she’ll ‘shoot a n***** in Walmart.’

“Upon learning of the existence of the video, we immediately consulted with the school’s administrators. We learned that law enforcement had been notified and that the College is cooperating with local officials and actively addressing the situation.

“The Tuscaloosa County Branch of the NAACP commends Shelton State’s administration for their immediate attention and swift response to this incident. We have also spoken with a representative from the Tuscaloosa Police Department, and they are currently investigating the incident.