Suspects Keondre Jazel McCall and Mance Quinnell McCall Jr., both 19, are from the Montgomery/Lowndes County area and are cousins.

The victims have been identified as Justin Michael Whitfield and Destin Rashard Holley, both 23 and from the Montgomery area. 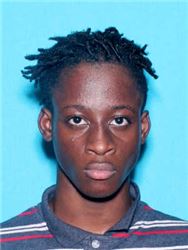 The investigation began after Tuscaloosa County Sheriff’s Office deputies were called to Interstate 20/59 eastbound around the 62-mile marker in the Fosters community just after 6 a.m. Sunday. A caller told 911 they believed they’d struck someone in the road, stopped and waited for deputies.

Once deputies arrived on scene, they confirmed the caller had struck someone and that person was dead. Alabama Law Enforcement Agency State Troopers also responded and began an accident investigation.

Evidence from the scene soon pointed toward the victim’s death happening before he was struck by the vehicle, and the Tuscaloosa Violent Crimes Unit took over the investigation. 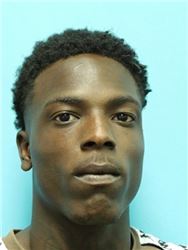 Just before 7 a.m., another passerby called 911 and reported someone lying next to the road along Frog Ridge Road in the Fosters community. Once deputies arrived there, they determined that victim was also dead as a result of an assault or shooting. VCU took over that investigation.

At the time, investigators did not know if the two scenes were related, but VCU began working under that assumption.

“The hard work of investigators, forensic crime analysts, crime scene technicians and other personnel in the Violent Crimes Unit cannot be understated in this case, said VCU Capt. Jack Kennedy. “The quick identification of the victims and arrest of these dangerous suspects is due to the level of experience, ability to work together and share resources and above all a ‘never quit’ attitude. Each person in the unit worked together to bring this case to a resolution.”

Kennedy said VCU is also grateful for the help and professionalism displayed by the departments that assisted during the investigation.