A 41-year-old woman is facing major drug charges after the West Alabama Narcotics Task Force seized a variety of illegal drugs at a Tuscaloosa home this morning. 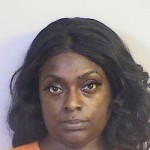 Celeste Akia McIntyre was charged with trafficking methamphetamine, trafficking fentanyl, possession with intent to distribute heroin, first-degree possession of marijuana, two counts of possession of a controlled substance and four counts of failure to affix a tax stamp. Her bond was set at $3.08 million.

During the search, investigators found:

“Like everywhere else in the country, we’ve seen an increase of overdoses from fentanyl trafficking and use during the last few years,” said WANTF Commander Capt. Brad Jones. “Many of the overdoses have happened to people who were unaware they had used something laced with fentanyl.”

Powdered fentanyl can be mixed into substances like methamphetamine and heroin, or pressed into counterfeit prescription pills.