After a decade of use, Tuscaloosa is once again redrawing its district map.

New maps are required after any major Census, like the one in 2020, because the city’s goal is to ensure its population is represented as equally as possible among the city’s seven districts, said District 1 Tuscaloosa City Council Member Matthew Wilson.

As Tuscaloosa’s diversity and population increase, it’s imperative that the city’s district maps reflect those changes.

“I want to say that it’s very important that the community understands what it is to know that there are certain numbers of persons that should be in each district,” Wilson said. “Whether you’re young, whether you’re old, you need to know that you want your vote to count when you go to the polls.”

Tuscaloosa City Council is hosting a redistricting meeting at Tuscaloosa City Hall Wednesday at 9 a.m. Residents are encouraged to come voice their opinions on the changes.

“I invite people to come on Wednesday,” Wilson said. “If you have questions, I want you to research it, I want you to look it up and see what it is. See what the pros are, what are the cons to redistricting and see how it’s going to affect our beloved city in the next 10 years.”

Check out the proposed maps below: 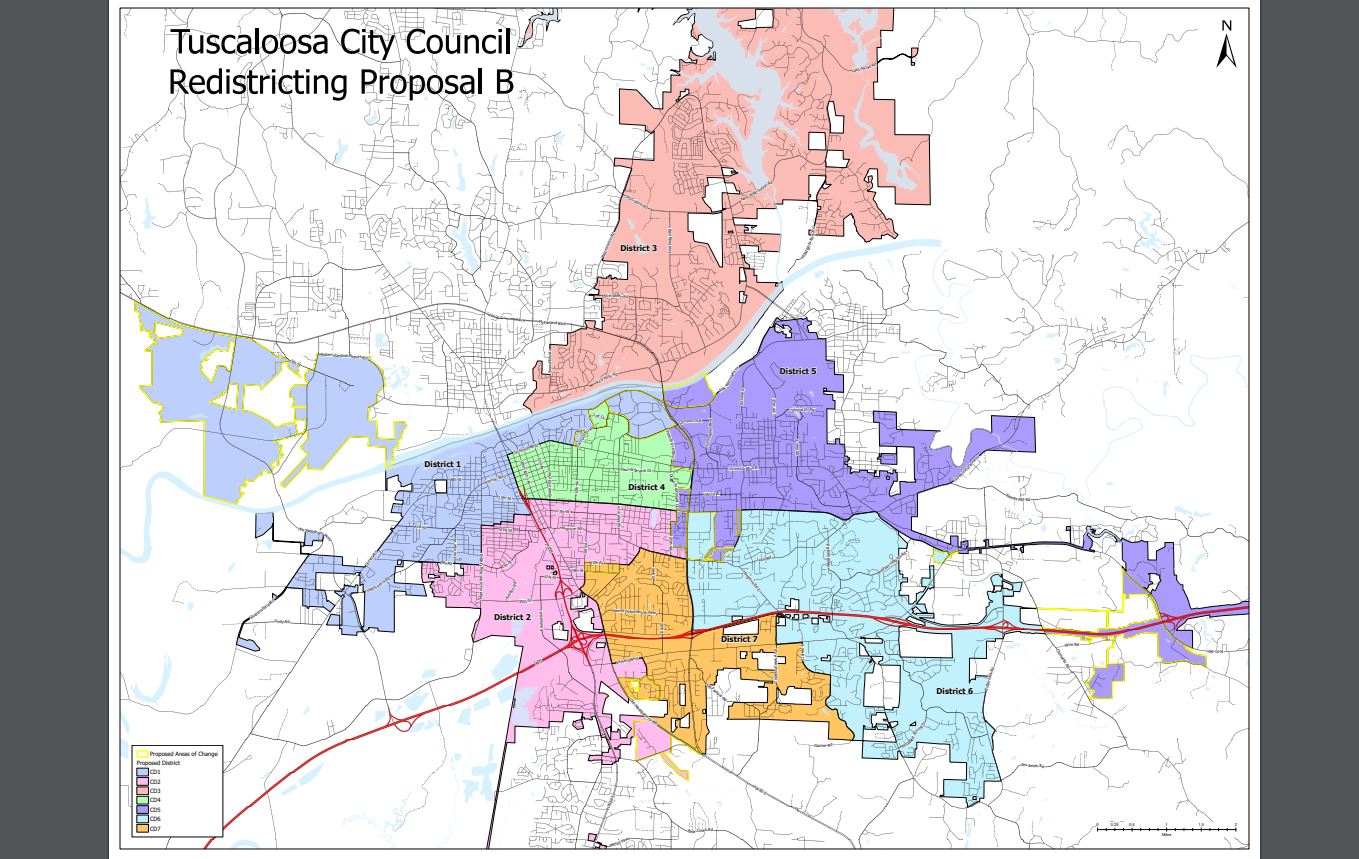 Heading to the Bama game Saturday? Here's what you need to know

Outside the Huddle: Greensboro football is dressed for success