Here’s a look at candidates running for U.S. Senate in Alabama, as longtime Sen. Richard Shelby leaves office after 36 years. While the Democratic field is smaller, the Republican primary has been the source of millions of dollars in fundraising and advertising. 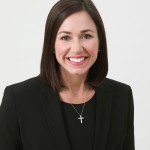 Britt, who is an Enterprise native, earned her bachelor’s and law degrees from the University of Alabama. She is a longtime employee of U.S. Sen. Richard Shelby’s office, and Shelby gave his endorsement to her. Outside of politics, Britt has practiced law since 2013.

She also served as special assistant to former University of Alabama President Robert Witt before returning to Shelby’s office in 2015.

Britt is endorsed by organizations including the Home Builder’s Association of Alabama and the Alabama Retail Association, as well as several conservative women’s groups. 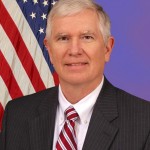 Brooks has decades of political experience under his belt, starting his career in the Alabama House of Representatives in 1982. The UA School of Law graduate currently serves as Alabama’s 5th Congressional District representative, a position he’s held since 2011.

Since his election to the House, the former district attorney has served on several committees, including Armed Services, Foreign Affairs and Science, Space and Technology.

Brooks rose to national fame during Jan. 6, 2021, when he spoke out in Washington, D.C., alongside former President Donald Trump before thousands of protesters gathered at the U.S. Capitol. 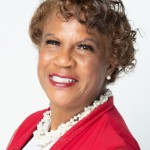 A native of Mobile, DuPriest’s background is in business. After graduating with a bachelor’s in business administration from the University of Arkansas, she started her catering company Chris and Karla Heavenly Ribs, which she has co-owned for the past 24 years.

While she’s found success in business, including several small-business awards and accolades, DuPriest also has a political background that stretches back to 1999, where she was a district manager for the late Kansas U.S. Rep. Richard “Dick” Nichols.

A proud religious woman, DuPriest’s grassroots platform is centered around better environments for small businesses, improvements to the economy and advocacy for military veterans, a personal passion as her son is a disabled veteran. For more information, visit her website.

Durant served in the U.S. Army for 22 years, and at one point was a prisoner of war in Somalia. After moving to Alabama, he started Pinnacle Solutions, an engineering and services company based in Huntsville.

A decorated veteran, Durant is an avid support of Trump, and is endorsed by former Trump secretary and U.S. Navy Seal Ryan Zinke. Durant also shares some of Trump’s ideals, running on a platform focused on immigration, the Second Amendment and military strength. For more information, visit his website.

A California native, Schafer earned his bachelor’s degree from Point Loma University in California and his master’s from Walden University in Minnesota. His platform focuses on education, battling social media censorship and health care. 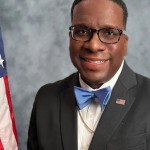 Boyd is originally from Florence, South Carolina. His background is in ministry. He holds two doctoral degrees in religion and Christian clinical psychology and currently serves as pastor of St. Mark Missionary Baptist Church in Florence.

He is a familiar face in Alabama politics: He ran for the 5th Congressional District seat in 2016, was a special election candidate in the 2017 U.S. Senate race and was the Democratic nominee for Alabama’s lieutenant governor race in 2018.

Boyd is endorsed by the Alabama New South Alliance, Jefferson County Millennials and District 20 United Mine Workers of America, along with several state and local Democratic groups. His platform focuses on employee representation, educational equity and environmental protection. For more information, visit his website.

The Brighton native won the Brighton mayoral race in 2016, making him the youngest mayor in Brighton history at 24, but was removed from mayoral office because of an election ballot controversy.

Dean’s political experience goes back to his time at Howard University, where he was an intern under former Alabama U.S. Rep. Artur Davis and U.S. Rep. Terri Sewell while earning his bachelor’s in political science. His focus is on racial equity, health care reform and education. For more information, visit his website.

Jackson, who is a Birmingham native, served in the U.S. Army from 1972-1993. After his military service, he earned an associate’s degree from Troy University and a bachelor’s from Miles College. His platform focuses on strengthening the middle class and improving the education system.