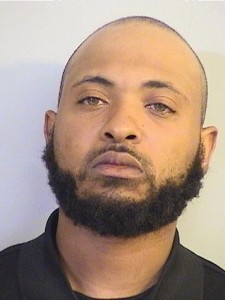 The Tuscaloosa County Sheriff’s Office has identified the man accused of driving into a Mexican restaurant on Highway 69 South Sunday evening and sending five people to the hospital.

Laferris Jamarco Williams, 30, of Tuscaloosa has been charged with five counts of third-degree assault and driving under the influence, with a total bond of $21,000.

Investigators said Williams had been a customer at the restaurant before the incident and had been consuming alcohol. The investigation is ongoing, and more charges may be brought or upgraded in the future.

The original story is below:

Several people were injured after a man plowed his Jeep into a Mexican restaurant on Highway 69 South Sunday evening.

Tuscaloosa Police said five people were rushed to DCH Regional Medical Center after the vehicle slammed into La Gran Fiesta right after 5:30 p.m.. Investigators said they believe the driver intentionally struck the building before fleeing the scene and crashing into two vehicles near the traffic circle by Englewood Elementary School.

A sixth person who was in the restaurant was later taken to DCH for treatment.

The driver is expected to face multiple charges.