After batting .333 with 11 doubles and 24 RBIs in 117 plate appearances last season for the Tigers, Reese was selected for the Minority Baseball Prospects HBCU All-Star Game at Truist Park in Atlanta. Even though he went 0-2, his team still won 6-2.

It was his second time representing Stillman, as last year he earned a hit in two at-bats in a 3-1 victory at the Hoover Metropolitan Complex.

“Nothing could compare to a major league park, but both experiences were amazing,” Reese said.

It’s an honor to represent Stillman in both games, Reese said, especially when he feels Stillman is often overlooked.

“I was very blessed and grateful to support my team and just be a figure out there for us,” Reese said. “Hopefully, it’ll bring more attention to us and show them that we’re just as good as everyone else.”

The Montgomery native began playing baseball at the age of 3. While he did face growing pains in his development, he’s grown to accept them as a a part of the process.

“You’re gonna make errors,” Reese said.” Sometimes you’re gonna misread or misfield a ball. Offensively, you may be perfect one day, and the next day you go 0-3 with three strikeouts. It’s just part of the game. You just have to find what motivates you. Once you do that, you’ll be fine.”

As a “thinking man’s game,” a strong mental approach is a must for consistent success in baseball. For Reese, consistency itself is key.

Despite that requirement, Reese found his batting spot constantly changed throughout the season. After starting the year batting third, he moved to the sixth spot after five games. He then spent the season splitting time between batting sixth, fifth, seventh and eighth, with a two-game cameo batting third again in late March.

Even with all that, Reese had a solid second season at the plate, only matched by his stellar performance in the field.

Statistically, he was perfect, recording 49 outs and two assists with no errors en route to receiving a Gold Glove for his play in left field.

Reese is the first player in Stillman baseball history to win the award.

“I was so honored to receive that award,” Reese said. “I’m very blessed man. I can’t explain it. I just give all my glory to God, and I glorify his name in everything I do.”

The accolades don’t stop on the diamond for Reese. He was also named a member of the 2022 Barnes & Noble College Baseball Scholar-Athlete Team. Candidates are nominated and voted on by the sports information directors of the conference and student athletes must have a minimum 3.3 GPA and compete in at least half of the competitions.

Reese posted a 3.96 GPA, remarkable by any standard. The problem? He wanted to maintain his 4.0.

“It actually hurt me to not have a 4.0, but that’s OK,” Reese said. “I take pride in my academics, skipping out on parties and other fun activities to make sure I got that assignment done. I can’t stress how important is.”

Reese said he’s received a lot of support throughout the season, from his family to his teammates. It’s part of what keeps him motivated as a player. Beyond the diamond, however, Reese also had praise for his head coach, Terrance Whittle.

“It’s not just about baseball, it’s bigger than that,” Reese explained. “He’s been helping me grow and turn into a better man. He’s taking me under his wing off the field, which I think is a big, big important part.

“As far as chemistry goes, it’s always good to have good chemistry with not only your teammates, but with your coaches as well,” he said.

Reese believes he can improve heading into next season, especially on the bases. He finished the year with seven stolen bases while only being caught three times, but he believes he can do better.

“I didn’t have quite as many bases as I would’ve liked,” he said. “That’s definitely something I need to improve on.”

His goals aren’t keeping him from having fun. He’s making sure to enjoy the journey while remembering “it’s just a game.”

“I’m just hoping to go out there and perform to the best of my abilities each day,” Reese said. “And just having fun. A big part of it is having fun. So just try to have fun, enjoy life and be better than I was last season.” 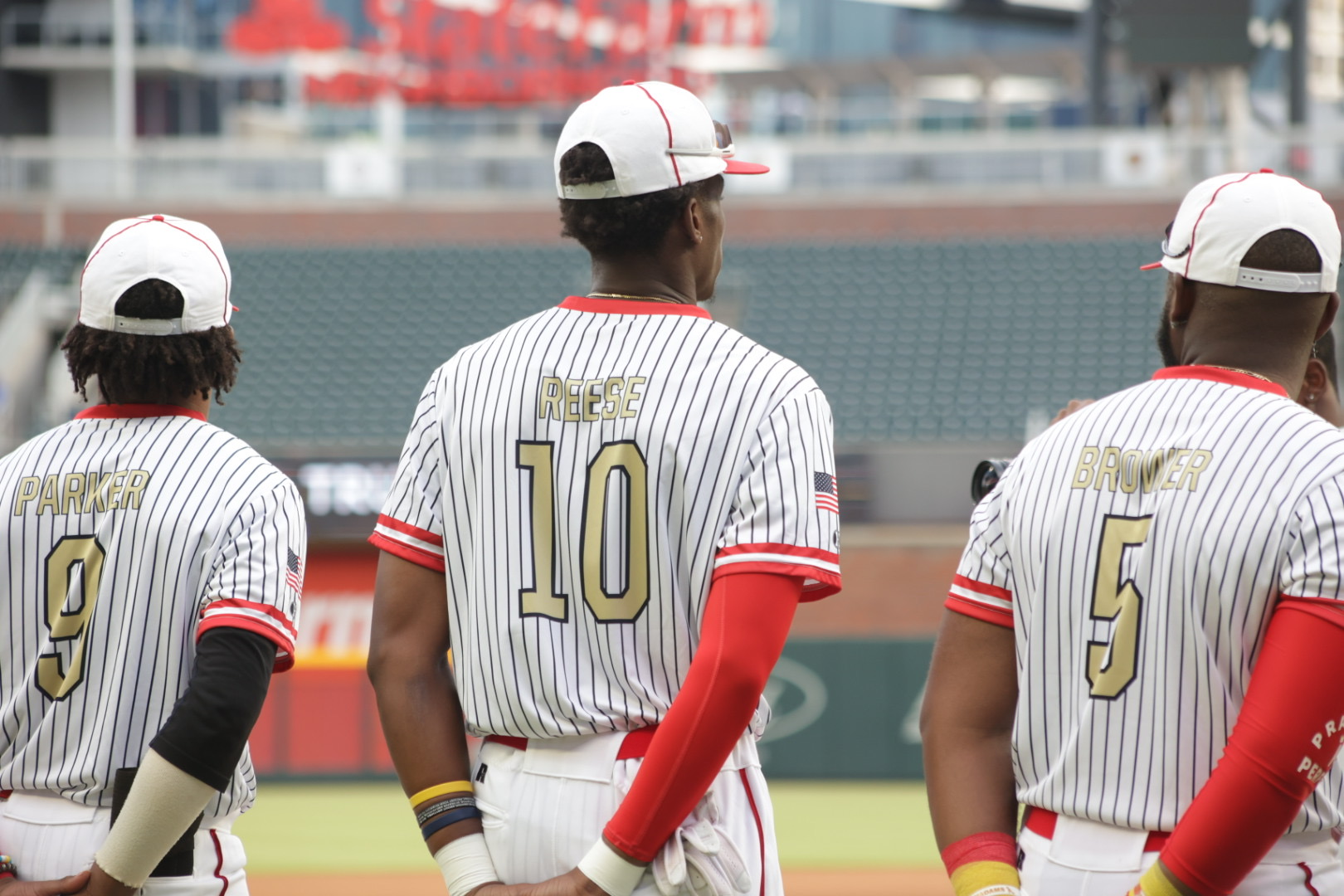