A Tuscaloosa man was arrested Tuesday after a long and detailed investigation into catalytic converter thefts in the city. 58-year-old Gregory Bernard Hudson was charged with ten counts of not having the documentation required for purchase of certain property and one count of receiving stolen property after investigators matched the serial number of one converter that was reported stolen to one at Hudson’s home. 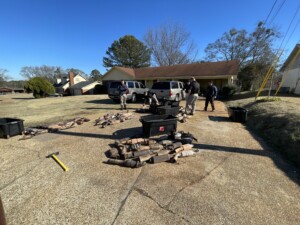 Tuscaloosa Police Department’s Criminal Investigations Division Commander Captain Kip Hart said they found more than 150 catalytic converters at Hudson’s home. Officers filled around eight 50-gallon totes with the confiscated auto parts, which were transported to TPD in the back of three pickup trucks. 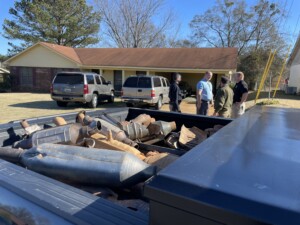 “At this time, we are not saying Mr. Hudson stole any of the converters or components. It is just he was failing to obtain proper documents that is outlined in the new Alabama law that came into effect in June,” said Hart.

Under this new law, business owners receiving any type of scrap metal that is not attached to a car, must follow strict guidelines including: getting a photo of the person, getting their vehicle information and getting documentation of where the item came from.

The investigation into the thefts and resale of the catalytic converters has been ongoing since the summer. Hudson was booked and released from the Tuscaloosa County Jail after posting a $315,000 bond. 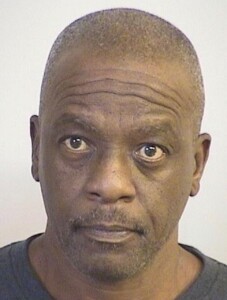 Captain Hart offers this advice for people who want to avoid being a victim to this crime.

“Park in a well-lit area behind chained or fenced in areas. Unfortunately, we have seen a couple of businesses that did not stop the theft because the criminals cut the fence and went in. Keep track of your vehicle and don’t leave it for extended periods of time,” said Hart.

Several officers per shift were assigned to patrol potential target areas, including churches, non-profit organizations and other locations with work trucks or vans left overnight.

Catalytic converters are part of a vehicle’s exhaust system, changing toxic gases to less-harmful pollutants. They can cost thousands of dollars to replace. Catalytic converters contain platinum, palladium and rhodium. The value of these precious metals has increased in recent years, especially since the COVID-19 pandemic decreased production at overseas mines. People who steal them can get a couple hundred dollars when selling them for metals.

“This is an ongoing investigation, but we expect additional charges once we’re able to look
closely at each of the converters we confiscated,” said Capt. Kip Hart. “We’ll be looking for serial numbers and going back through all of the theft reports we’ve received during the last several months to see what we can match.”

Additional charges could be filed.

Spirit of Alabama: Family bringing fresh milk back in Gordo