The Alabama Department of Transportation announced that it has reopened all lanes on Interstate 20/59 under Covered Bridge Road in Tuscaloosa County ahead of schedule. 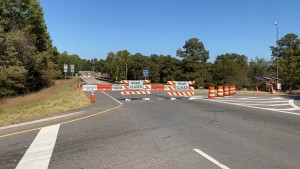 The bridge project was scheduled to be finished by Nov. 18, but ALDOT said contractors finished 19 days earlier than expected.

That’s excellent news for people who use that route daily for their work commute.

The bridge itself remains closed while the concrete cures but it will open soon. For now, the three lanes of the interstate are open.

“The biggest thing was the contractors were able to work 24/7,” McWilliams said. “That was huge having them constantly working on it. They revised that and constantly looked at it to see if it could be better. They did a fantastic job. The engineers all the way down. It’s just great work from everybody.”

The bridge was closed after a bridge inspection revealed a structural issue.

TPD: Rash reaction with infant can have devastating consequences