Northside (8-2) finished its regular season with a win over rival Sipsey Valley (4-6). 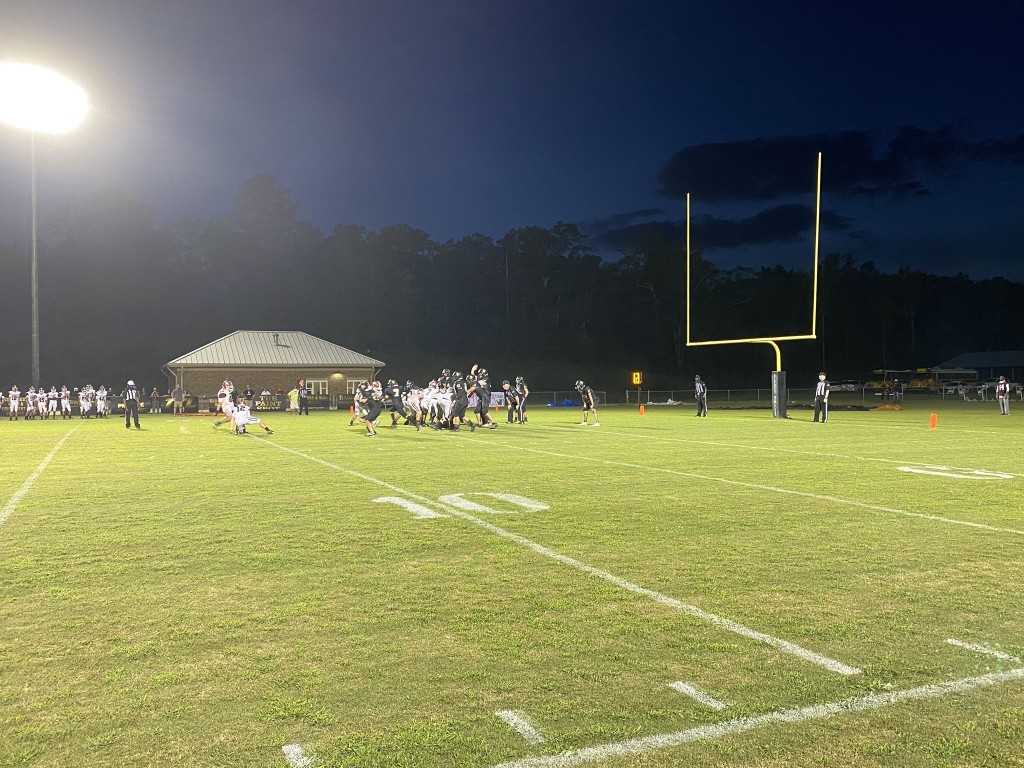 On the first Rams drive of the game, senior quarterback Braden Green found Justin Montgomery down the middle for 21 yards. That would set up a six-yard touchdown run from Green to give Northside the first score of the game.

Sipsey Valley showed life getting a stop right before halftime.

However, on the next Northside possession, Green used his legs again, this time he got tripped up inside the 5.

Next play, Green again punched it to give the Rams a two-score lead late in the 3rd.

Northside will host Etowah (7-3) in the first round of the playoffs. That game is scheduled for Nov. 4th, at 7 p.m.

As for Sipsey Valley, they’ll look to bounce back in their first-round matchup as they travel to Anniston (9-0). That game is scheduled for Nov. 4th, at 7 p.m.

Saints do not go marching as they lose to Fayetteville

The Fayetteville Wolves defeated Holy Spirit 41-14 in the Saints’ territory on their final regular game of the season.

The Wolves opened the first quarter with an 80-yard touchdown run from Cameron Hammonds.

Fayetteville scored again before the second with a touchdown pass to Zeke Deloach putting them up, 13-0.

Fayetteville started the second quarter with a touchdown run from Cadence Barrett, making the score 20-0, after a failed offside kick from Holy Spirit.

In the third quarter, Holy Spirit found its way into the end zone putting them on the board, 20-7.

The Saints’ comeback run ended with an intercepted pass allowing Fayetteville to find the end zone once again for a touchdown pass from Cadence Barrett to Zeke Deloach again to make the score 28-7 after a 2-point conversion.

The Wolves finished the season 3-7, while the Saints finished with a 1-9 record.

Northridge gets a statement win on senior night 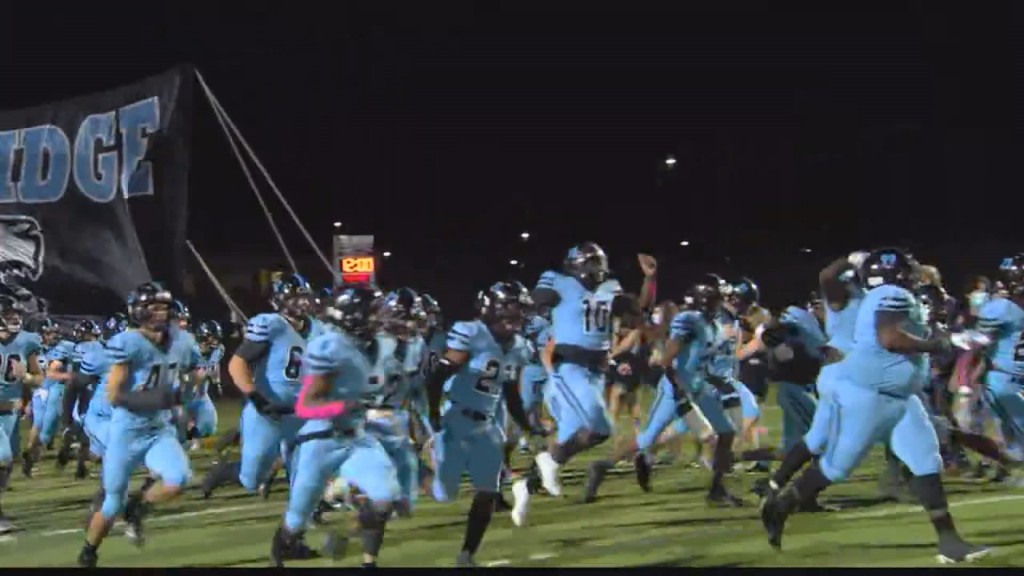 Northridge High School entered the night with spirits at an all-time high for one of the best moments of the season. It was senior night for the Jaguars in their last home game of the regular season as they hosted Alma Bryant High School.

The Canes started with the ball, but their first possession would not last long with a big man interception by Jaguars’ defensive lineman Caleb Moore put them in position to strike. And on the very next offensive play running back, Toriyon Spears burst out of the backfield to land himself into the endzone and put the first points on the board for Northridge.

After a few stops by the defense, the Jaguars were lurking to strike once again after a couple of big plays that landed them in the red zone. Soon after the quarterback, Rowdy Christensen floated a pass to Patten Currington at the back of the end zone to extend their lead to 13-0.

Christensen and Currington just seemed to be clicking all night as they hooked up for another touchdown as Currington rumbled down and stretched over the goal line to pack on more points.

The Canes just did not seem to have an answer for the Jaguars’ offense as they scored 27 unanswered after Spears scored for the second time just before the half ended. The Canes eventually would get on the board, but it would be too little too late to make a difference in the outcome.

The Jaguars kept the party going all night with a high-spirited crowd as they rolled over the Canes 41-14 to end the regular season on the right note before the playoffs begin.

Tuscaloosa Academy hosted Holt and shut out the Ironmen 41-6.

Tuscaloosa Academy also honored 16 seniors before the game for the annual Senior Night. Thirteen football players and three cheerleaders were recognized for their accomplishments on and off the field.

The Knights scored the first touchdown of the game when linebacker Sherebiah Jones ran the ball 44-yards into the endzone.

On the next play, the Knights mishandled the punt, and Holt’s Demaje Ashe recovered the ball to get the Ironmen to the 5-yard line. Holt went on to score a touchdown but failed to make the 2-point conversion. The Ironmen trailed by one point with five minutes left in the first.

The Knights fought back as quarterback Preston Lancaster made a 9-yard touchdown pass to wide receiver Luke Kilgore to put them up 14-6.

With nearly 20 seconds left in the first, Yakut Eksin pushed the ball 2-yards into the endzone and advanced their lead to 21-6 to end the first quarter.

With five minutes remaining in the second, Jones scored another touchdown for the Knights to extend the lead 28-6.

Lancaster sent the ball to wide receiver Mills Powell for a 25-yard touchdown, but the Knights failed to make the 2-point conversion putting them at 34-6 to end the second quarter.

With five minutes left in the game, Kaleb Colgrove sends it to Jaydn Howard for the Knights’ final touchdown.

Tuscaloosa Academy holds an 8-2 overall record, and Holt holds a 0-10 record. The Knights will face Locust Fork next Friday, Nov. 4.

All the highlights — plus scores, cheerleaders, and ‘Band of the Week’.