Chris Rock and Dave Chappelle are headed to the deep south. Live Nation announced the addition of five shows this month. The two comedians will embark on a five-day comedy tour to include cities like Birmingham, Charleston, and Memphis.

Both longtime friends, Rock and Chappelle have occasionally appeared onstage together after the comedians were attacked in similar incidents.

Tickets for Rock and Chappelle’s tour are on sale now. Tickets are available on Live Nation and Ticketmaster starting Friday, Jan. 6. Ticket prices range from $111.00 to more than $4200.00 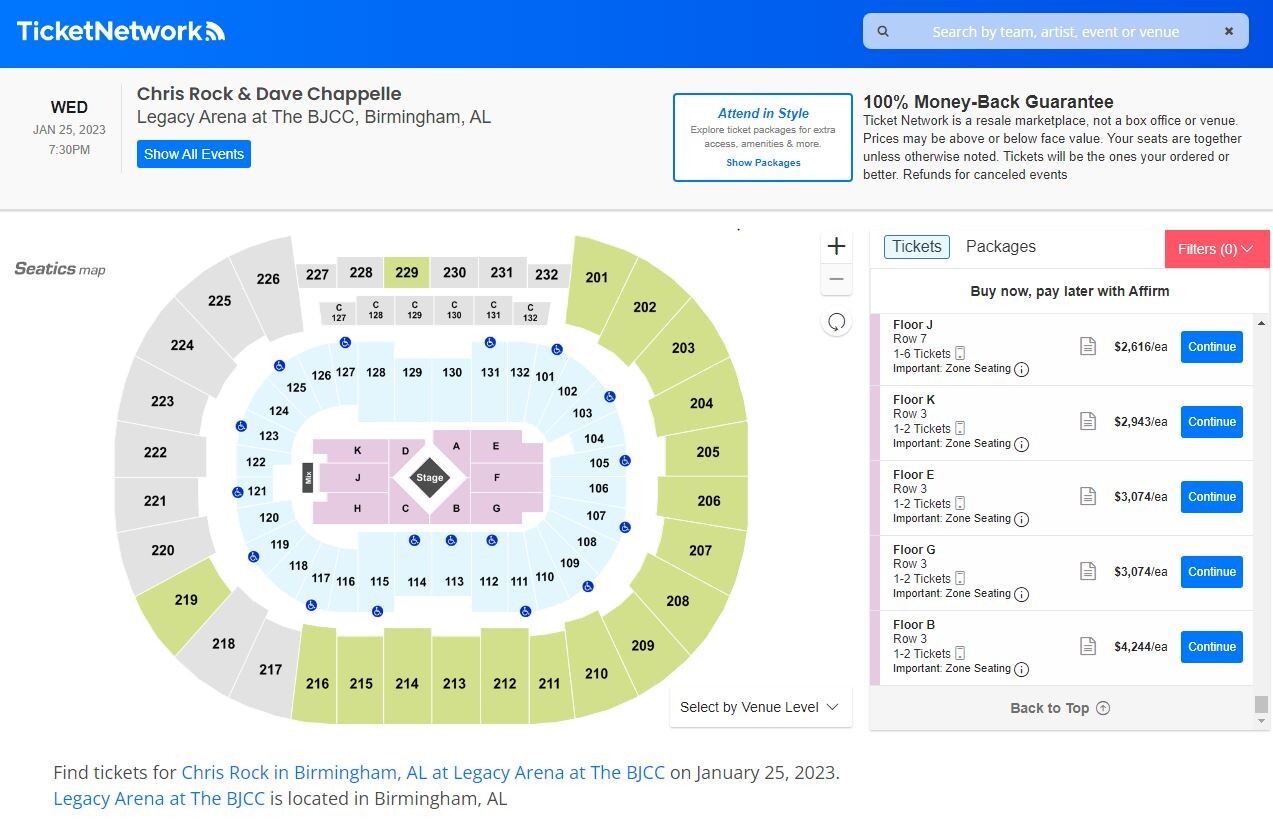 MORE ABOUT THE SHOWS

No cellphones, cameras or recording devices will be allowed at this show. Upon arrival, all phones and smart watches will be secured in pouches that will be unlocked at the end of the show. Guests maintain possession of their phones throughout the night, and if needed, may access their phones at designated unlocking stations in the lobby. Anyone caught with a cellphone in the venue will be immediately ejected.

ABOUT CHRIS ROCK
Lauded by peers and critics alike, Chris Rock is one of our generation’s strongest comedic voices. With a career spanning more than three decades, Rock has enjoyed ongoing success in both film and television as a comedian, actor, writer, producer, and director. In March, Rock made his highly anticipated return to live comedy with his Ego Death World Tour 2022. Rock has won four Emmy Awards, three Grammy Awards, and is a New York Times Best-Selling Author. In addition, he received two nominations for the 2016 Emmy Awards, for Outstanding Director for a Variety Special for “Amy Schumer: Live at the Apollo,” and Outstanding Special Class Program for the 88th Annual Academy Awards.

Dave Chappelle is recognized as one of the greatest comedians of all time. Chappelle is the 2019 recipient of the prestigious Mark Twain Prize for American Humor. Chappelle’s work has earned him more than 30 nominations and awards in television and film for projects that include his groundbreaking sketch comedy television series “Chappelle’s Show”, comedy specials, and guest appearances on “Saturday Night Live”. Chappelle has received five Emmy awards including three for his Netflix comedy specials “Sticks & Stones” (2020) and “Equanimity & The Bird Revelation” (2018), and two for hosting “Saturday Night Live” (2017 and 2021). Chappelle has won the Grammy Award for Best Comedy Album three years in a row, 2018 through 2020.

Tipping in Tuscaloosa: Is it getting out of hand?

Spirit of Alabama: Family bringing fresh milk back in Gordo