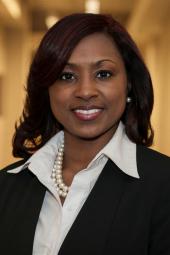 Tamika grew up in Tuscaloosa and attended the Tuscaloosa City Schools. She is a graduate of Central High School. Tamika received a degree in Communications from the University of Alabama. She began her broadcasting career as an intern at WJRD which later became WVUA 23. Tamika worked with the television station for ten years, working in numerous roles including associate producer, producer, reporter and anchor. During her role as a producer, Tamika received an award from the Alabama Associated Press Broadcasters Association for Best Regularly Scheduled Newscast.

She is an active member of several organizations including Alabama One Credit Union Board of Directors, Elevate Tuscaloosa Advisory Committee, Junior League of Tuscaloosa, Chamber of Commerce Women’s Leadership Alliance and she is a graduate of Leadership Tuscaloosa. In 2017 Tamika was featured in Tuscaloosa Magazine as a Most Intriguing Person. The following year in 2018 she was recognized as a Top 40 Under 40 Business Professional by The Tuscaloosa News.

Outside of her professional interests, she loves being mom to her son Jayden, traveling, shopping and cooking.

If you have an idea for a story or want to pass along a news tip, please email Tamika at talexander@wvua23.com