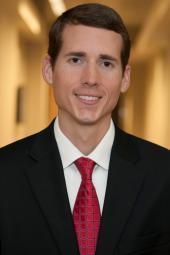 Richard Scott is the Chief Meteorologist for WVUA 23. Watch Richard Monday through Friday on WVUA 23 News @ 5, 6 and 10.

Richard is a native of Linden, Alabama. Growing up in west Alabama, he understands the changeable weather local to our area, which helps him strive in forecasting weather for Alabama. Richard has covered numerous tornado events, including the historic and deadly tornado outbreak of April 27, 2011 and the historic tornado outbreak of April 28, 2014. He lost his own home and belongings in the April 27, 2011, Tuscaloosa tornado, which has given Richard a new understanding and respect for severe weather. Alabama experiences its share of winter weather, and Richard has covered a wide range of winter events from flurries to significant impact winter storms.

Outside keeping track of the weather, Richard enjoys spending time with his family. Richard and his wife Tara have 2 little boys, Parker and Grayson. He is also a hobby beekeeper and spends spare time raising honeybees. As of the spring of 2019, Richard had a total of 40 beehives.

For in-depth weather information about West and Central Alabama visit Richard’s WVUA 23 Weather Blog. If you have a cool weather picture you would like to share, please tag Richard on Twitter and Facebook, or email him at rscott@wvua23.com

Man kills wife, 2 teens in Alabama home, then self