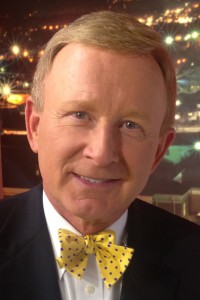 As of June 2019 Mike has completed 43 years in broadcast television. He worked for 5 years at WTWO-TV in Terre Haute, Indiana, and then for 35 years in Birmingham, first at WBRC-TV and then WVTM-TV.

Mike was selected as the Indiana broadcaster of the year in 1978, and was named Alabamaʼs Best Television Meteorologist five times by The Associated Press.

For 20 years, Mike produced a weekly featured called The Spirit of Alabama.

Mike is a member of the board of directors of the American Cancer Society and the Alabama Institute for the Deaf and Blind.

Mike is married to his wife Amy. They have two sons; Jack is an anchor and reporter for WIAT CBS 42, and Will is a senior at Birmingham-Southern College.